Fitzysnowman Studios is proud of the innovation we contribute to the experiential marketing and event Industry. This is your spot for new product news, and featured projects. 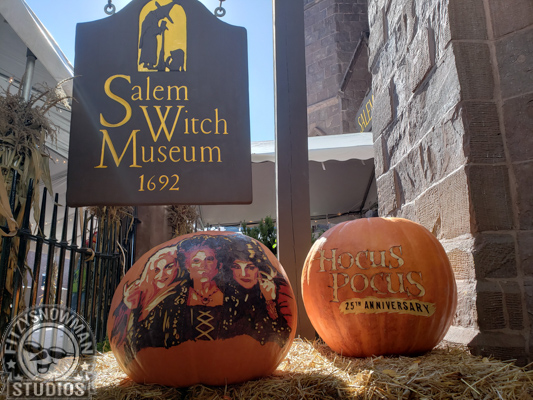 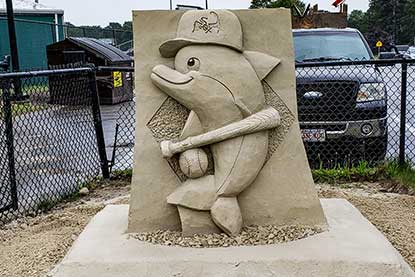 2019 is the 9th annual public art exhibition featuring the artwork of Fitzysnowman Studios. This year we created 33 sculptures with over 115 tons of spacially imported sand.

Be sure to visit all 30 locations. You can pick up a free map at the Yarmouth Chamber of commerse or download one here... 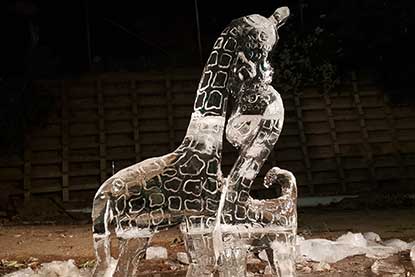 This was a short term two week residency at the Los Angeles Zoo for Zoo Lights. We entertained thousands of guests welcoming them in with stacked ice blocks and waving good bye with elves, tree frogs, elephants, giraffes and even Santa Claus! 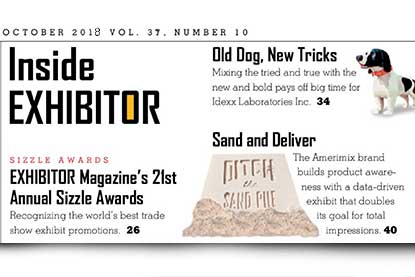 In January 2018, Fitzysnowman Studios was contracted to create a 5 ton sand sculpture for Client Amerimix at the 2018 World of Concrete at the Las Vegas Convention center.

The sand sculpture featured two characters. One who apparently used Amerimix pre blended mortar and another who was still mixing his mortar by hand. The Activation caught the attention of Exhibitor Magazine and earned the client more than double the previous years impressions 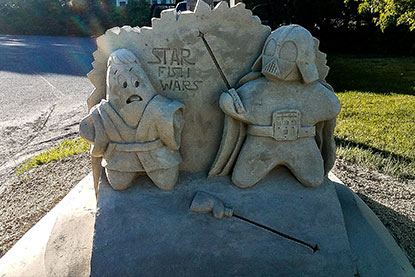 In 2011 by the Town of Yarmouth, MA commissioned us to create sand sculptures on the beach through a travel and tourism grant. Our first question was how many businesses were located near the beach. When the answer was not many, we suggested taking the beach to main street. In that instant the Yarmouth sand sculpting Trail was created.

That first year we created one large 15 ton sculpture on the beach and managed to convince six businesses to join the trail... 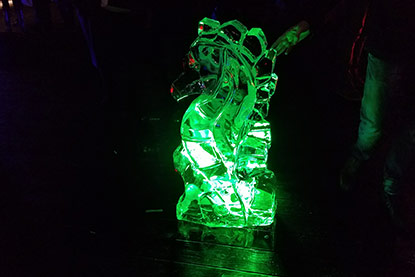 Ice sculpting is something you would expect to see in states with colder climates. Did you know that it's possible to carve ice even when its 50, 60 70 or even 80 degrees or more?

Sean Fitzpatrick, owner at Fitzysnowman Studios travels across the country from New York to Las Vegas, Boston to Chicago, Texas, Aruba, the Bahamas and even Maui and the Hawaiian Islands working under every possible condition imaginable...

Pumpkin carving or jack-o-lanterns can trace its roots back to 19th century Irish immigrants. In their home land, they would carve grotesque faces in hollowed out turnips. Upon arriving in America, they soon found pumpkins were a superior alternative.

It would be several decades before professional pumpkin carvers would start to emerge from the cities, townships and swamps from which they honed their craft... 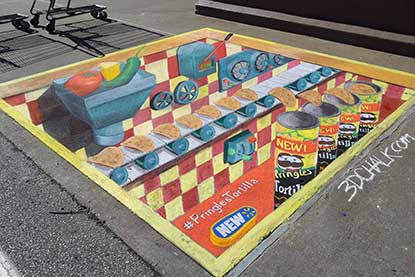 What is Sidewalk Art

The origins of modern sidewalk art can be traced back to to the 16th century in Italy. The artists know as Madonnari were itinerant artists who were brought into the cities to work on the large cathedrals. Once there work was completed they turned to the streets to recreate images of the Madonna or other paintings from the cathedrals.

By the 1800's Great Brittan had become a hot spot for sidewalk artists with more than 500 artists making a full time living in London alone. These artist were known as "screevers"... 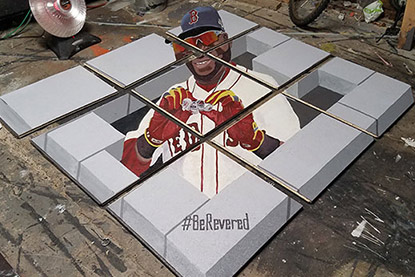 My industry exclusive hand painted modular panels make it easier than ever to have real 3D street art at your next event or marketing promotion. The panels are easy to ship, setup and breakdown. They can be setup indoors or out... 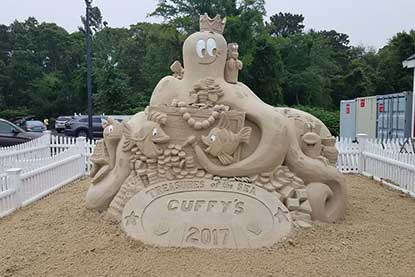 Your driving down route 28 on a hot August Afternoon in West Dennis and suddenly from the back seat, your child shouts with excitement."look at that, Daddy! Can we stop and look?" As you pull into this familiar retail establishment, know to all as Cuffy's of Cape Cod, you get your first glimpse of the cause of your child's excitement. It's the annual 20 ton sand sculpture created by Fitzysnowman Studios. As you exit your vehicle...